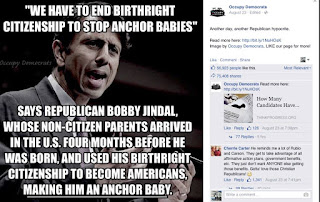 The headlines recently have been full of the latest SHOCKING things said or done by conservative pundits and politicians. There is an entire industry for bloggers on the left to trumpet all of the insane comments from Donald Trump and others.

Bringing these things to light is important in our political process, there is no doubt about it. What concerns me though is that too many liberals and progressives think that simply sharing these stories is all they need to do to change our country.

I’m a blogger, not a real journalist – and yes, writing my opinions on current news stories puts some extra money in my bank account each month. It’s not why I got into politics, but it does serve as an extra source of income to take care of my family, especially my daughter who has chronic health issues.


The problem is that there are so many people who have made a career of not reporting or opining on the news, but simply repackaging current news stories as their own, with a huge dose of exaggeration added in. Facebook pages like Reverb Press, Addicting Info, Raw Story, Liberal America, Occupy Democrats and their new partner Winning Democrats thrive on taking local news stories and presenting them with a new and SHOCKING headline. As an example of these exaggerations and falsehoods, see the meme created above by Occupy Democrats which was rated as “Pants On Fire” by Politifact.

Obviously, a blogger in San Francisco or Miami can’t cover a story on the ground in places like my hometown. Even most news agencies do not have the budget these days to send a reporter to the scene, and rely instead on the Associated Press or Reuters to source the story. There is a need for independent media in this country, but far too often, they’re more interested in making money through sensationalized headlines, instead of simply reporting the facts.

We aren’t going to solve our country’s problems by repeating exaggerated or false stories from pseudo-news organizations. The only way to fix it is to become informed voters with critical thinking skills. If we keep believing the left-wing outrage media, then we have no right to criticize conservatives who do the same with their own information sources.

About Manny Schewitz 367 Articles
Manny Schewitz is an ex-Republican currently living in Louisiana with his fiancee, three children, two cats and a dog. His hobbies include trolling Trump supporters on local news stations, playing poker, and fishing.
Facebook Twitter LinkedIn

America's Democracy Is At Stake Over One Mississippi Man's Tweet

American democracy is at stake, because our current President* has a penchant for conspiracy theories. He likes to listen to Alex Jones and send out one dumb Tweet after another. Unfortunately the American people decided […]

How Fake News Sites Are Exploiting The Resistance Against Trump

The day after the election, I was hungover and in disbelief that Trump had managed to win. The only thing that made sense was to grab some beers and go fishing. On my way to […]

Ignore The Fake News Rumors, But Trump Will Eventually Resign Or Be Impeached

Fake news websites like Palmer Report and others in their orbit have been predicting that the fall of Donald Trump is coming any day now. Relying on speculation, rumors on Twitter, and outright fabrications – […]

Qassem Suleimani: The Good News and the Bad News

Let’s Get Mike Gravel to the DNC Debates

Like most of you, I didn’t know much about former Alaska senator Mike Gravel until his Tweets started popping up in my feed. The Tweets, many of which call out centrist Dems, were smart, sharp, […]