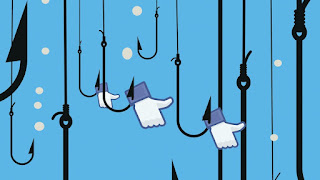 If you were to take Donald Trump at his word, the media is completely biased against him, and in the pocket of Hillary Clinton. Conservatives constantly complain that the media is biased against them, and Fox News claims to be “fair and balanced” which we know is a lie.

Then you have the far-right and far-left which are convinced that the media are controlled by the elite and “Zionists” – a thinly veiled reference to a range of anti-Semitic conspiracy ideas. These individuals range from Alex Jones’ Infowars and Natural News on the right, and a range of wingnut sites like The Anti-Media on the left.

Unless a website is funded by private or public groups like NPR is, that site’s existence depends on traffic and ad revenue. Because of that, both traditional and new media sources tend to produce articles based on what people will click on.

This is why the media runs stories on cute puppy videos lifted from Reddit, or the latest celebrity gossip – because that’s what grabs people’s attention and boosts their ratings. If ratings or web traffic are low, they can’t make as much money.

Most of these media outlets depend on advertising to stay afloat, and in the age of Facebook, anyone can create a website and claim that they’re a reputable news source or even a health professional. Many also state that they will tell you the stories and truth the mainstream media won’t, but they’re selling a snake oil sideshow carnival act for the people who are convinced the main circus act is a scam.
Upworthy or World Star Hip Hop-styled tabloid headlines overwhelm quality content from NPR or the New York Times, and most people tend to gravitate to them, let alone want to pay a subscription for material that other sites will just lift and recycle with sensationalized titles like “Fox News Is SUICIDAL After THIS Happened!”

As much as we may despise that practice of clickbait “journalism,” in a time where anyone can pretend to be a media outlet, it’s often easy money for individuals who can’t or won’t work a “real job.” It’s not hard to sit online scraping content from other places and passing it off as your own, and some individuals will stop at nothing to keep that revenue flow alive.

A common retort I hear from the left is that Fox News is the biggest cable news outlet, but younger people tend to get their information online, not from watching TV. We usually consume what appears on Twitter, Reddit or Facebook, and I can tell you that I really only watch MSNBC for Rachel Maddow.

If you truly want quality media, you have to put your click where your mouth is. Learn what is a reputable news source, what is an opinion site like we are, and who is just trying to profit from your time online. If you find that a site is unreliable or secretly promoting an anti-government agenda like Cop Block, remove them from your news feed and move on. Another example is Occupy Democrats which I have repeatedly spoken out against. Occupy Democrats posted an image that does little else other than slut-shame Melania Trump. 357,000 people have shared this image from their page, plus whatever other pages who have used it or made their own versions of it. That’s a horrible example for liberals to make of themselves, and meanwhile, the owners of Occupy Democrats and their friends are laughing all the way to the bank. If you search Opensecrets.org, there is not one single donation made to any political campaign by either owner of the website, or the Occupy Democrats organization which advertises itself as a political cause. Yes, this is nothing more than a for-profit organization trying to make a fortune off politics.

Contribute money to your local NPR station or patronize local businesses that support them. Read websites that don’t constantly fail Politifact scrutiny, and always, always be sure to fact check for yourself.

About Manny Schewitz 367 Articles
Manny Schewitz is an ex-Republican currently living in Louisiana with his fiancee, three children, two cats and a dog. His hobbies include trolling Trump supporters on local news stations, playing poker, and fishing.
Facebook Twitter LinkedIn

I’m a Bernie Bro. Here’s Why I’m Voting for Biden.

If your doctor told you that you had an awful disease, and you had two choices to treat it, which would you pick? 1) Take medication right now to lessen the pain and stop the […]

Dear Fellow Gen Xers: What In The Actual F*ck?

Someone has to say it: Gen Xers are douchebags. We are stupid and contagious. Well, not all of us, obviously. When I see a truck with an AR-15 sticker, a Gadsden flag sticker, a Three […]

Qassem Suleimani: The Good News and the Bad News